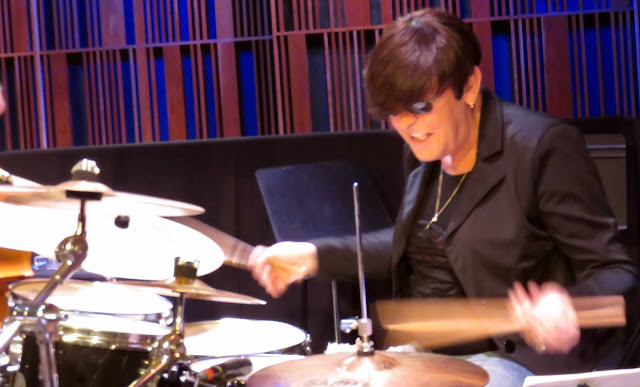 Billie Davies has been nominated "Best Drummer" for the Best Of The Beat Awards 2019.

The OffBeat Music and Cultural Arts Foundation’s Best of the Beat Nominations are in.
We solicited nominations from musicians and many others in the music community. We then gave the results to our writers and editors and with input from both, determined the nominations in each category. Click here to vote!
The public starts voting on December 26 at OffBeat.com and voting ends on January 15. Winners will be announced at the Best of the Beat, which will be held at the New Orleans Jazz Market on Thursday January 30.

This is the second time that Billie has been nominated for her exceptional talent since she has moved to New Orleans. The 2017 Best Of The Beat awards nominated her for Best Contemporary Jazz Artist.
Billie would like to express her sincere thanks for the recognition.


HER MUSIC IS IT'S OWN ORIGINAL BEAST
Billie Davies is an American jazz drummer and composer best known for her free and avant-garde jazz compositions since the mid-1990s, and her improvisational drumming techniques. The music of BILLIE DAVIES line-ups moves beyond Jazz with it's own unique and truly improvisational style
"...reminding us sometimes of many different things but in the end, it is its own original beast, as powerful as anything more well-known musicians have created.. Jerome Wilson, All About Jazz".


On her latest album:
PERSPECTIVES II
BILLIE DAVIES TRIO REVIEWED IN JAZZ VIEWS
“Given the melting pot that New Orleans continues to be for jazz, it is not surprising that Davies has based herself here, nor that the musicians she gathers around her are not easy to pigeon-hole into one style of jazz (or even one style of music in any wider sense). This is another very successful experiment by Davies in mining the creative depths of improvised music making, producing a sound that cannot be simply labelled as jazz (even if it fully has the swing of jazz in all of the pieces brought by Davies and Watkinson in their dynamic partnership) and which really does respond to the cosmic dimensions of its inspiration.” - Chris Baber, Jazz Views (May, 2019)